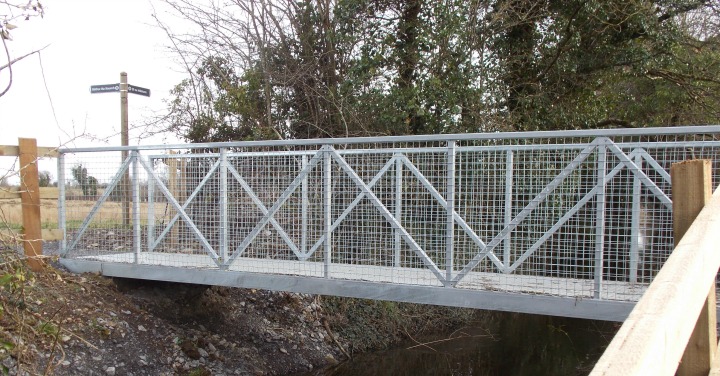 This project involved the development of a double looped trail from Cloone along existing but mainly disused pathways in the village. The walk is approx. 2700m in distance and begins on the entrance to the village from the Mohill side and ends the other side of the Village covering a loop along the lake and bogland. The works involved clearing the existing pathways which had become overgrown and placing a floating gravel trail on top of the bog surface. The project also included provision of gates for crossing farmland and footbridges for streams. In addition, signage providing a link with the historical past and information on the local bogland habitat as well as a map of the route was located in Cloone village at each entrance. Distances and direction markers were added along the route.