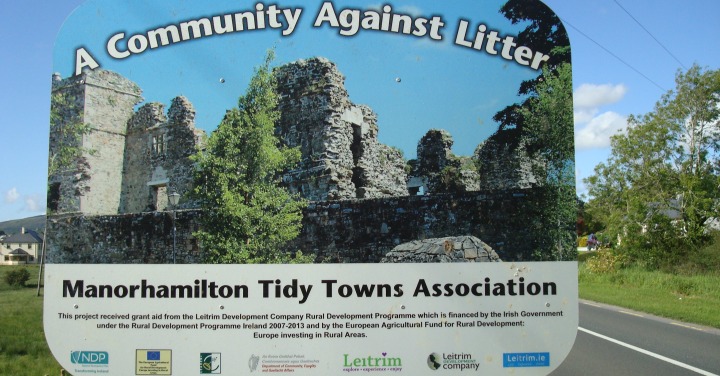 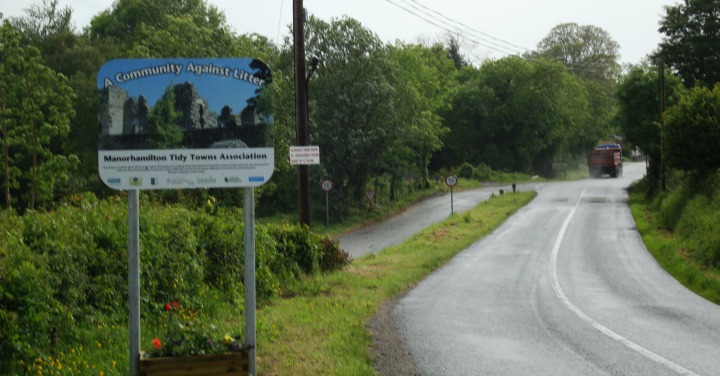 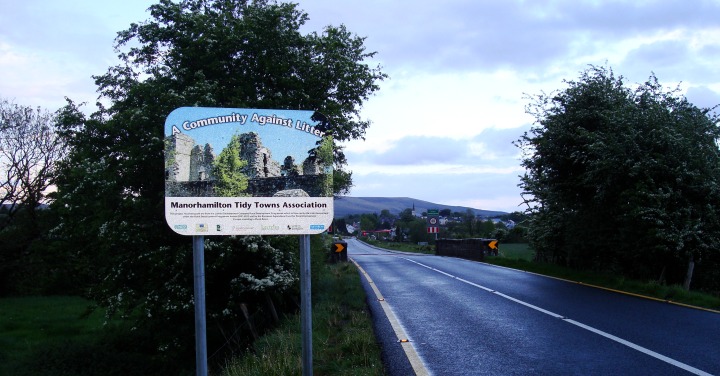 Manorhamilton Tidy Towns Association received grant aid from the LEADER programme for a two element project. The first element involved the design of five road signs to erect on the approach roads into Manorhamilton. The design incorporates Hamilton’s Castle as the background and has a strong but simple punchline: “Manorhamilton – A community Against Litter”. The second element involved the completion of a 3-year plan for the town.2010 was the first time in 14 years that Manorhamilton entered in the Tidy Towns competition, one of the first observations by the Adjudicator was that the group would benefit by having a plan in place.